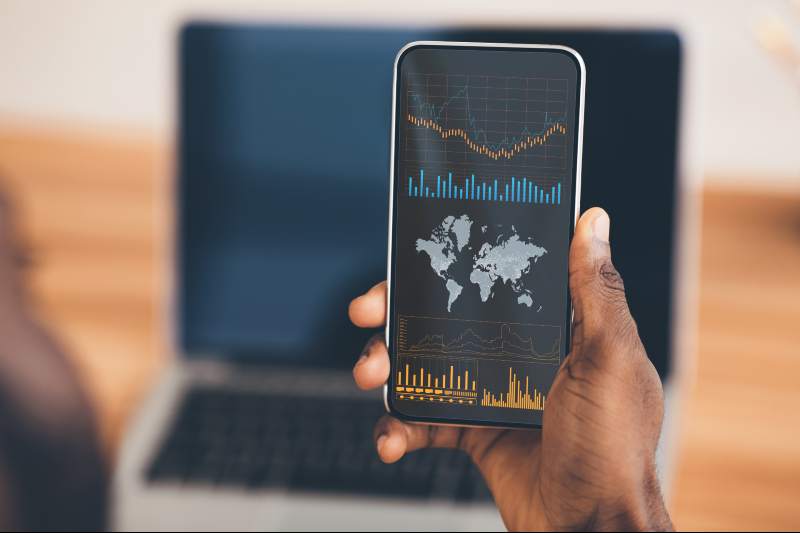 In our previous market commentaries, we mentioned that we felt bonds had good potential to grow after the setback that occurred because of the election.  We’re delighted to say that bonds have rallied so far this year.  In March, the S&P 500 and Dow Jones were both negative as fears associated with BREXIT and the health care bill failing weighed on the market.

We’re happy to see gains in March at TD Ameritrade in most holdings despite the poor performance of the Dow Jones and S&P in March.

In many ways, the stock and bond markets are different than they were even 5 years ago, and certainly 10, 15, or 20 years ago.  Computer programs using advanced math, known as Algorithms, are now estimated to be placing at least 75% of the daily trades in the stock market (http://www.reuters.com/article/us-europe-stocks-algos-insight-idUSKCN0V61T6).  Because a computer program does not have emotions, gut feelings, or in many cases even read the daily news, it has changed the gyrations of the market in our opinion.  In many cases, market movements do not “make sense” when compared to traditional stock market scenarios.  There is also a case to be made that the main stream media is interested in advertising dollars, which may cause it to sensationalize the news in some cases.  Obviously, the election was a game changer as well.

Because of this, Summit Financial Consulting has added different independent research feeds, and has been re-prioritizing the different research inputs.  The results have been good so far, as our portfolios have performed well overall since making the adjustments.

Our best short-term indicator for the stock market is currently red, meaning that some caution is warranted.  However, our intermediate and longer term indicators are bright green.  In summary as of today, the potential for good returns in the stock market are possible after a short-term bump in the road.  If President Trump can pass meaningful corporate tax return, it’s possible the stock market could increase drastically, and we certainly want to try to participate in that as best as we can if the opportunity presents itself.  In the meantime, within our TD Ameritrade portfolios, we have periodically been selling high and buying low to try to maximize our returns within the stated risk tolerance.

If Trump cannot pass the reforms he’s hoping for, it could be a big headwind for the market.  For example, here’s a chart of Biotechnology since shortly after the health care bill was dropped in late March.  As William Shakespeare said, “Expectation is the root of all heartache.”

We’ll continue to review your holdings daily, and digest what the probability of future U.S. company earnings increases will be.  If we feel the market is topping, either in stocks or bonds, we will trim or add positions for you within our TD Ameritrade managed portfolios.  If you are a client and disagree with any of the moves inside your portfolio, if you would like to update us on your risk tolerance preferences, or if you have had a dramatic change to your income or financial situation, please contact us to discuss it.

The supply of homes for sale is now at the lowest level since the National Association of Realtors began tracking inventory 18 years ago. – CBNC, March 23, 2017

Some 45% of bottled water brands are sourced from the municipal water supply- the same source as what comes out of the tap. – MarketWatch, March 12, 2017

The U.S. continues to spend more on health care as a percentage of it Gross Domestic Product than any other country in the world. – USNews.com, December 2, 2016

By 2020, the U.S. Bureau of Labor Statistics predicts there will be 1.4 million more software development jobs than applicants who can fill them.  – USA Today, March 31, 2017

NASA is tracking roughly 21,000 pieces of trash and debris that is currently orbiting our planet. – The Guardian, February 6, 2017

Workers in the U.S. were leaving $24 billion a year on the table because they don’t contribute enough to take full advantage of employer’s matching 401(k) retirement-plan contributions. – MarketWatch, December 27, 2016
Three decades of tougher laws and policing have left nearly one in three adult Americans, or roughly 80 million people, with a criminal record. – HarvardLawReview.com, January 5, 2017

Millennials buy more clothes from Amazon than any other site. – Slice Intelligence, March 9, 2017

More than 34 million Americans play video games an average of 22 hours each week; and 5 million play for 40 hours. The average young American today will have spent as many hours (roughly 10,000) playing video games by age 21 as he or she spent in classrooms. – Vulture.com, February 22, 2017