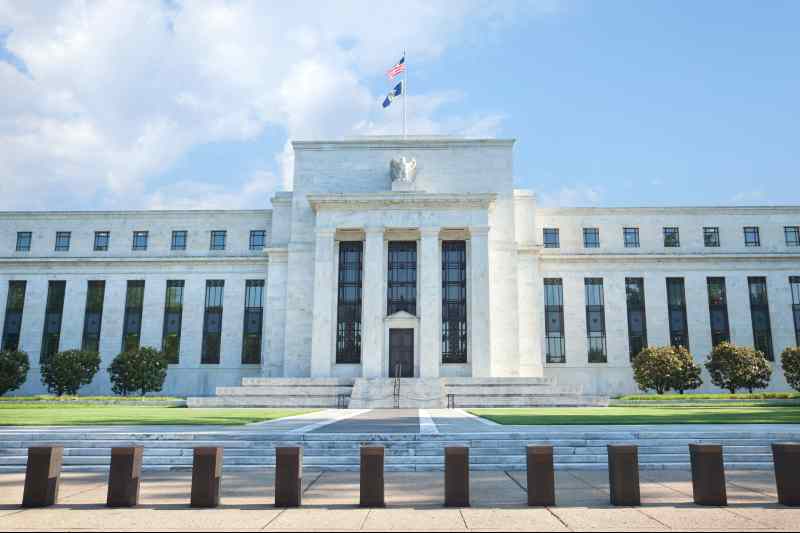 Historic Federal Reserve Decision Coming Soon!
Here is some good news for starters: In light of recent terrorist attacks and market swings, we want to remind you that whether the stock market or interest rates go up or down, we have the tools to potentially be profitable within our TD Ameritrade portfolios. We are not nervous, but instead are excited. We feel that the market will likely move quickly, and once we see some momentum, we have the potential to make moves that could be very profitable regardless of whether the markets are going up or down.

That being said, as you read the news this week, please remember that investing in the stock and bond markets is a long term process. There will be days and even months that are frustrating, but over the long haul, patience, and waiting for the right opportunities, is a virtue. We have found emotional mistakes prove to be the most costly.

Bonds had another rough month in November because the Federal Reserve has stated that it will most likely raise interest rates at their meeting on December 16th unless economic data surprises to the downside. When we review the data, we feel that the Federal Reserve should not raise rates. However, what they should do and what they actually do may be two different things. Because of this, we feel that rates may move up temporarily, but over the next year we believe bonds will become a safe haven and a good area to be invested because rates should move back down.

We have taken a defensive posture within our portfolios since September 1st because the data that we have been reviewing has been slowing. It is not all negative yet, but in many cases it is moving from great to good, or good to neutral. The Atlanta Fed announced yesterday that they have revised their GDP estimate down to 1.4% because of the poor manufacturing and construction spending data that was released on December 1st. Despite the poor numbers, the Atlanta Fed president and Janet Yellen, the Federal Reserve Chairman, echoed the continued likelihood of a rate increase in two weeks (Source: https://www.frbatlanta.org/cqer/research/gdpnow.aspx?panel=1). The point of a rate increase is to slow down inflation. Inflation is pretty low, as you can see most easily at the gas pump. A rate hike would most likely increase the value of the US Dollar, which would push inflation even lower most likely.

Raising rates into a potential slowdown is a poor decision in our opinion, so we are hoping that the Federal Reserve decides to make an informed long-term economic decision. Not what suits them best politically in the short-term. As an example, a Purchasing Managers Index (PMI) reading above 50 indicates growth in the manufacturing sector. A PMI reading under 50 indicates contraction. Here are some recently updated PMI numbers from the U.S. and around the globe:

In China, the world’s biggest trading nation reported that last month’s imports fell -18.8% versus last year. It is the 12th consecutive drop and on the heels of September’s -20.5% plunge. Exports were also down -6.9%, the fourth straight monthly decline (Source: Barrons.com).

Japan has fallen back into recession as the economy contracted at a -0.8% annual rate in the third-quarter, following a -0.7% decline in Q2. Business spending fell at a -1.3% rate, worse than forecasts and the second straight decline. The data will doubtless put even more pressure on the Bank of Japan to step up its monetary easing program (Source: Bloomberg.com).

Finally, we’ll focus on the narrowing leadership in the Large Cap S&P 500. The largest 90 of the S&P 500 are showing gains for the year, while the remaining 410 are, on average, down substantially. The same situation – but even more narrow – exists in the Nasdaq 100, the home of the largest tech titans. A new acronym has been born – “FANG”. FANG stands for Facebook, Amazon, Netflix and Google. One could say that “without FANG, the market’s not worth a dang!” Consider this: with FANG, the Nasdaq 100 is +10% for the year; but without just these four FANG members (leaving 96 other Nasdaq 100 stocks), the Nasdaq 100 is -5% for the year (Source: Yahoo! Finance, 2015-11-20)

Please remember that we review your TD Ameritrade holdings on a daily basis, and we will continue to do everything that we can to protect your principal in the case of what we believe to be a long term down turn. We will also attempt to be opportunistic if our research points to a good “risk-on” or buying opportunity. For now, we’re watching and waiting, but rest assured we have an exit strategy in hand if we need it.

According to new government figures, health insurers will lose about $2.5 billion because patients covered through Obamacare last year were sicker than expected.
-The Associated Press, October 2, 2015

Corporations are defaulting on their debts at the highest rate since the recession. More than a dozen are oil companies that borrowed heavily before the recent collapse in oil prices.
-Fortune, June 26, 2015

Since 2004, at least 10 Americans have been accidentally shot by dogs. The latest canine shooting occurred in Indiana when a woman left her loaded shotgun on the ground and her dog, Trigger, stood on it, blasting her in the left foot.
-The Washington Post, October 27, 2015

When you add up all of the nation’s unfunded liabilities, the national debt is more than three times higher than what is normally advertised. If you include unfunded civilian and military pensions and healthcare, unfunded Medicare obligations, the underfunded social security fund, and various other federal government commitments and contingencies, the real number is about $65 trillion, compared to the oft-cited figure of $18 trillion.
-The Hill, November 7, 2015

The past century has seen a miraculous change in our ability to produce food. We’ve managed to feed more people using less space than ever before. Currently, we farm 38% of the land in the world. If production rates had remained as they were in 1961, we would have needed 82% of the world’s land to produce the same amount of food.
–Abundance by Peter Diamandis

Five percent of Medicare patients accounts for half of the program’s budget.
–MarketPlace, November 11, 2015

So far in 2015, nearly $4 trillion in deals have been inked, and October was the 5th largest month ever for mergers and acquisitions. Amid all of this consolidation, the evidence is piling up that merger mania is bad news for consumers, workers, and start-ups. Just four airlines now control 70% of the domestic air travel market and a recent study of 46 mergers found that 38 resulted in significant higher prices.
–The Washington Post, November 11, 2015