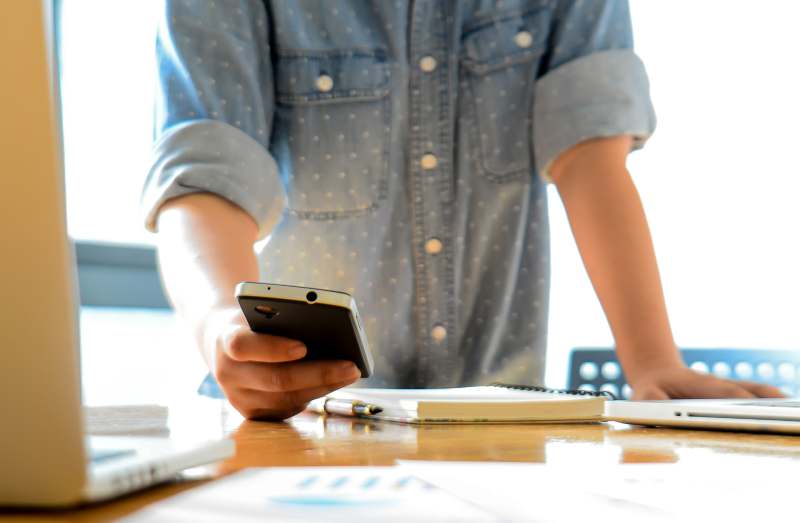 To say that this year, and really the past 15 months, have been volatile is an understatement. Our co-founder Bob Wink has said repeatedly that the past 15 months, and particularly this presidential election process, has been the most difficult one to predict in his nearly 30 years in the industry because of all the uncertainty. The good news is that we expect things to get back to normal now that the election is behind us.

From the end of July until the Friday before election day, including 9 down days in a row because of Hillary Clinton’s e-mail investigation being re-opened, the S&P 500 lost over 4% and comparatively, our portfolios and their conservative approach looked good. We also had a large cash position, so losses being accumulated in both stocks and bond markets were minimized. Our “safety first” approach was working well considering the volatility. As we mentioned in our recent post-election update, 100% of the economists we reviewed predicted that a victory by Donald Trump would result in a stock market downturn and a rally in bonds. This was the explanation given for the 9 down stock market days in a row leading up to the election because Donald Trump was closing the gap in the polls because of the e-mail investigation. Immediately after a Donald Trump victory looked likely, the S&P 500 lost an additional 5% in overnight trading, and bonds were increasing in value 2-3%. By the end of the week, the situation unexpectedly flipped causing stocks to rally and bonds to lose value. We had both stocks and bonds in our TD Ameritrade portfolios, but the losses in bonds hurt the portfolios, despite the gain we had in our Gold Bullion position (which we sold before Gold started to drop).

Also contributing to bond market turmoil was an OPEC production cut deal that was announced on November 30th. This was the first production cut in 8 years. However, we are skeptical of the longer-term effects of the deal because of the lack of enforcement within the deal, and a requirement that Russia and other non-OPEC countries comply willingly. Even if the oil production cuts occur within OPEC nations, it is likely that U.S. and other world producers can quickly adjust and extract additional oil to make up the difference. (Source: https://www.bloomberg.com/news/articles/2016-11-30/opec-said-to-agree-oil-production-cuts-as-saudis-soften-on-iran) We do not expect the recent negative trend in bonds to continue. We anticipate a rally soon, possibly within in the next few weeks, so we are asking all clients for patience during this volatile time.

Bonds have made money 30 out of the last 35 years, or about 86% of the time. When losses do occur they are typically short lived, and not nearly as volatile as the stock market’s typical downturn (Source: http://pages.stern.nyu.edu/~adamodar/New_Home_Page/datafile/histretSP.html). (Disclaimer: Past performance does not predict future performance). That tells us what we already know: Interest rates have overall gone down over the past 35 years. However, bonds lose value when interest rates go up. November was the largest rise
in interest rates since 2009 (Source: https://www.bloomberg.com/news/articles/2016-12-01/global-bonds-suffer-worst-ever-meltdown-as-bull-market-shows-age). We did not expect interest rates to increase as much as they have, and the entire world’s bond market is now at a crossroad. If interest rates continue to move up, it will continue to hurt bond values, and will likely hurt the real estate sales market, mortgage companies, and potentially real estate values. As interest rates rise, it gets more expensive to buy a home, and refinancing is less advantageous. Also, when interest rates rise the cost to service the U.S. Government annual deficit and national debt becomes more costly. Because of this, the U.S. Government, and potentially Donald Trump’s multi-billion dollar real estate portfolio, would prefer lower interest rates, which would be good for bonds.

We will not blindly stick with bonds, however. If interest rates move much higher, we will cut our losses and aim to avoid interest-rate-sensitive investments. The Federal Reserve is set to raise the interest rate that banks charge each other for overnight loans on December 14th, 2016. In December of 2015, the Federal Reserve raised this rate. Leading up to the meeting, interest rates increased and bonds lost. After the meeting adjourned, stocks went on to lose over 13% and bonds rallied for 6 months. It seems to us that history, as it relates to bonds, has a high probability to repeat itself because raising interest rates is a method to slow down the economy, and many investors run into bonds when the economy is slowing. We cannot be certain if raising interest rates or Trump’s new administration will speed up or slow down the economy, but we are certain that we will review the market environment on a daily basis and make adjustments as we see necessary. It seems to us that the worst days are likely behind us for the bond market, but we will remain vigilant in any case.

In closing, we wanted to give you some further insight into our research process moving forward. In the past, our number one independent research company that we followed was Hedgeye Risk Management. Our goal is to help our clients avoid large-scale losses whenever possible, and in the past, Hedgeye was arguably the best at predicting large downturns before they happened in our opinion. They successfully predicted many market events over the past 8 years, including the 2007-2008 financial crisis, the recovery that started in 2009, the bond taper tantrum in 2013, and the 13% drop in the S&P 500 to start the year in 2016. However, after their home run in January-February of this year, they incorrectly predicted a stock market crash in the 2nd quarter and did not predict the recent losses in bonds. These false predictions were based upon the fact that the stock market had crashed at least 20% every single time that corporate profits were negative for 6 months or more (Source: www.hedgeye.com). Corporate profits ended up being negative for 15 months in a row, but the market has not crashed over 20% yet as it has in every instance in the past. It appears as of today that the streak may have been broken for this time-tested indicator. The stock market may still fall in value, which is why we will continue to monitor the portfolios daily. Because of this recent oversight by Hedgeye Research, we are elevating the ranking of our other research companies to help provide an updated approach to our daily research review. It is our belief that this move, as well as the conclusion of the election season, should provide us an opportunity to get back to “business as usual.” Our exposure to bonds and corresponding “safety first” approach has not helped us over the past 15 months, but we believe the adjustments we are making have good potential to aid the TD Ameritrade portfolios quickly. If you have any additional questions about your portfolio or our research, please contact us at (586) 226-2100 so we can discuss it.

Back in 1945, the last time the Chicago Cubs were in the World Series, the price of gas was 15 cents a gallon, World Series tickets for the lower grandstand were $6.00, and a Slinky was the top Christmas gift of the year. – Inquisitir.com

Six companies own more than 90% of the media, down from 50 in 1984. These businesses include television, film, radio, newspaper, magazine, book publishing, music, video games, and online entities. – Global Research, August 29, 2015

While many corporations assume that younger workers have more energy, and are therefore more productive, more people under the age of 45 (43%) say they are exhausted at work than those over 45 (35%). The least exhausted workers are those over 60. – Harvard Business Review

In 1985 Michael Jackson was ridiculed for paying $47.5 million to buy the Beatles-packed ATV publishing catalog. Ten years later Sony paid him $115 million to form a 50/50 joint venture, then purchased the other half this past March, giving the Jackson estate a 30% annualized return – Forbes, November 8, 2016