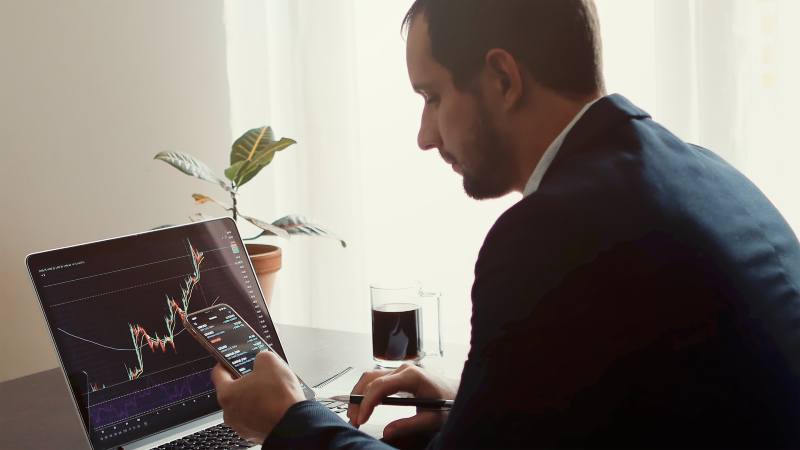 Tax Update
Most investment and mutual fund companies aim to send their annual tax statements by January 31st each year.  However, computing the tax status of dividends often requires an attention to detail that requires more time.  Because of this, 1099’s are often updated in February.  If you have a non-retirement investment account, we highly advise you to wait until Mid-March to file your income taxes.

Most 1099’s are available online once you login to your investment account.  If you are having any trouble, please do not hesitate to contact us, we’re always here to help.

Bad year for stocks so far
The good news is that we’re up for the year 0.5% to 1.0% within our TD Ameritrade portfolios, and very few people can say that in our opinion.  As we mentioned last month, on December 29th, we sold all stocks and bought bonds within our TD Ameritrade portfolios.  Since we made the changes the Russell 2000 (top 2000 stocks in America) is down 13.1%, the Nasdaq is down 11.6%, and the S&P 500 is down 8.4%.  Avoiding losses like these are one of the reasons we subscribe to independent research and review our portfolios on a daily basis.

The stock markets may rebound from current levels, and if we believe the rally is sustainable, we can purchase stocks at any time.  We continue to see troubling economic data that normally dictates that a recession is near.  We do not anticipate a 2008 style recession, but a small dip in GDP and a corresponding further dip in the stock markets seems very likely.

In the U.S., employment growth, income growth, consumption growth and credit growth are all slowing currently (Source:  Hedgeye.com).  Remember, what is most important in our opinion is not whether the numbers are positive or negative, but instead whether they are speeding up or slowing down.  Going from great to good is bad.  Going from good to okay is also bad.  It is the canary in the coal mine in many cases.

Since we live in a global economy now, one important change took place last week in Japan.  The Bank of Japan shocked markets around the world by taking the aggressive step of cutting interest rates below zero on Friday.  The policy essentially means that banks will have to pay for the privilege of “parking” money at the central bank, and in theory this should motivate the banks to lend more.  The move represents a last resort for the country that has struggled with weak growth for a quarter-century.  This move was also widely interpreted as being a damper on the pace at which the U.S. Fed increases interest rates, since now the European Central Bank and the Bank of Japan have gone the opposite direction as the U.S. in their respective interest rate policies.

In January we saw a most unusual event occur in the oil market.  Crude oil producers actually had to pay refiners to take some forms of crude oil off their hands.  On January 15th, Flint Hills Resources refinery, a large processor of oil produced in the Dakotas, posted a price of -$0.50 a barrel (yes, that’s right: minus 50 cents!) to take one particular type of crude oil – “North Dakota Sour”.  North Dakota Sour is a high-sulfur grade of crude oil that undergoes a more rigorous and costly refining process, but even so, having to pay refiners to take oil off the producers’ hands is truly a sign of the times.  For some perspective, North Dakota Sour was fetching $13.50 a barrel a year ago and $47.60 a barrel in January 2014.  Overall, U.S. benchmark oil prices have plunged more than 70% in the last 18 months and fell below $30 a barrel for the first time in 12 years last month.

Long story short, we do not like what we see, and we will continue to maintain a conservative exposure within our managed portfolios.  If you would like us to take a look at your 401(k) or other retirement plan through an employer, we would be happy to provide feedback and recommendations for no cost.

Please remember that we review your TD Ameritrade holdings on a daily basis, and we will continue to do everything that we can to protect your principal in the case of what we believe to be a long-term down turn.  We will also attempt to be opportunistic if our research points to a good “risk-on” or buying opportunity.  For now, we’re watching and waiting, but rest assured we have an exit strategy in hand if we need it.

There are five “financial-industry” lobbyists for every member of congress.
– The Atlantic, January 1, 2016

A barrel of oil was recently trading below $28, which is less than the cost of the barrel itself.
– The Independent UK, January 19, 2016

2015 was the first year when the global population had more people 65 or older than 14 or younger. More than 80 countries now have fertility rates that are below their replacement rate.
– ThinkAdvisor, December 23, 2015

Export growth has been negative in 6 of the last 7 months. The -4.0% growth recorded in the latest month equals the worst since 2009.
– Hedgeye Risk Management www.hedgeye.com

For the first time in four decades, more Mexican immigrants returned to their home country than entered the United States. Between 2009 and 2014, an estimated 870,000 Mexicans came to the U.S., while about a million went back to Mexico
– USA Today, November 19, 2015

Capital spending just had 11 consecutive months of negative year-over-year growth which is the worst since 2009.
– Hedgeye Risk Management www.hedgeye.com

Corruption in Russia sometimes amounts to highway robbery – literally. Alexandr Protopopov has been accused of stealing the pavement from a 30-mile stretch of public highway in the state of Komi Republic, a scheme that involved dismantling the road and carting off more than 7,000 huge slabs of reinforced concrete over the course of more than a year.
– The New York Times, January 13, 2016