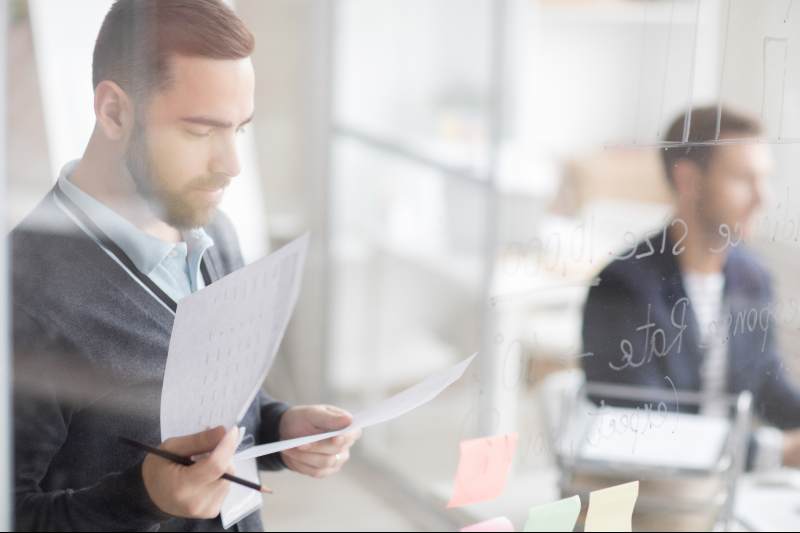 As 2017 begins, we wanted to inform you about two new opportunities, and also give you an update on what we expect in 2017.

First, most people can agree that gathering up their investment tax documents each year and making sure you have it all in order at tax time can be annoying.  We’re happy to announce that effective January 1st, Summit Tax Services is open for business onsite with full tax preparation capabilities, and we can simply walk your investment tax documents down the hall for you.  We have a team of CPA’s that will prepare and also double check each and every tax return to help ensure all deductions and credits are realized.  All our CPA’s have at least 20 years of experience on average.  Many clients will only pay $99 for full tax preparation, which includes federal, state, city, and electronic tax filing.  If you have additional forms or schedules the cost may be more, but our goal is to reduce your current tax preparation expenses by at least 15%. We would be happy to send you an envelope to mail us your materials at our expense.  We are also happy to review your last two years’ tax returns at no charge to check for errors or missed opportunities.  Please give us a call today at (586) 226-2100 to schedule your tax meeting as we believe our schedule will fill up fast.  You can also call or e-mail us at info@summitaxservices.com to request an envelope to mail your tax documents to us so we can handle the tax prep over the phone.  We also accept electronic documents, which speeds up the process.  Please let us know if there is anything we can do to make tax time easier and less expensive for you!  Disclaimer:  The Wink family owns both Summit Financial Consulting and Summit Tax Services, so they will receive some compensation as a result of this referral to Summit Tax Services.

Second, we wanted to remind you that we hired a full-time health insurance agent in our office named Anthony Landino.  He offers all types of health insurance, and we’ve received the most positive feedback about his handling of prescription drug plans and Medicare Supplemental policies.  Because he has so many licensing agreements in over 30 states, he has been able to save money for a lot of clients.  He does not charge anything to look at your current policies and see if you can save some money.  Please call Anthony at (586) 226-2100 and let him double check to see if you can switch into policies with less cost, more benefits, or potentially both.  Insurance is sometimes confusing, so consider letting us help you find the best policy any time of year.

To say that 2016, and really the past 15 months, have been volatile is an understatement.  Our co-founder Bob Wink has said repeatedly that the past 15 months, and particularly this presidential election process, has been the most difficult one to predict in his nearly 30 years in the industry because of all the uncertainty.  The good news is that we expect things to get back to normal now that the election is behind us.

2016 was the worst start to any year the U.S. stock markets have ever seen (Source:  Beaumont Capital Management, January 11, 2017).  The S&P 500 was down over 13% at one point in a short period of time.  The market eventually rallied back, only to be knocked down again in June when Great Britain voted to leave the European Union, commonly referred to as “BREXIT.”  Finally, leading up to the U.S. Presidential election, including 9 down days in a row because of Hillary Clinton’s e-mail investigation being re-opened, the S&P 500 lost over 4% and comparatively, our portfolios and their conservative approach looked good.  Immediately after a Donald Trump victory looked likely, the S&P 500 lost an additional 5% in overnight trading, and bonds were increasing in value 2-3%.  By the end of the week, and eventually the end of the year, the situation unexpectedly flipped causing stocks to rally and bonds to lose value.

Within our managed TD Ameritrade portfolios, things have progressed how we expected since our last update after the election.  The good news is that we added more stocks in November, and held onto our bonds.  Both have rallied in December of 2016, and so far in January of 2017.  The market appears to be pausing in anticipation of the presidential inauguration on January 20th.  No one has a crystal ball, but the small business optimism index, consumer confidence, and a number of other predictive indicators are very optimistic for 2017.  The stock markets are anticipating plenty of stimulus, including infrastructure spending, personal and business tax cuts, and de-regulation.  If these actions come to fruition, it could mean 2017 is a great year for stocks.  If the plans are delayed, or stumbled in Washington D.C. bureaucracy, the letdown could deflate the stock market.  As always, we will continue to review our research daily and make recommendations to our clients to the best of our ability within an ever-changing world.  If you have any additional questions about your portfolio or our research, please contact us at (586) 226-2100 so we can discuss it.

The nation’s 65 million Social Security recipients will receive a paltry 0.3% cost-of-living adjustment to their benefits in 2017. That means that the average retired beneficiary’s monthly check will increase by about $5, to $1,360, next year. – USA Today, October 18, 2016

Recent lab tests have found that samples of store-brand aloe vera skin gel sold by Walmart, Target, and CVS contained no traces of aloe vera, despite the products listing the skin-soothing plant as their number one ingredient. – Bloomberg.com, November 22, 2016

Australia moves 2.7 inches a year because of its position on a remarkably active tectonic plate. The country has issued a reset of its official coordinates four times in the past 50 years and will issue a fifth at the end of 2016.  – NationalGeographic.com, September 23, 2016

Ninety-four percent of the 10 million new jobs created between 2005 and 2015 were either temporary or contract-based, not the traditional 9-to-5 positions. – The Week, December 20, 2016

Eighty-one percent of non-Christians celebrate the holiday of Christmas in the United States. – NYmag.com, December 20, 2016