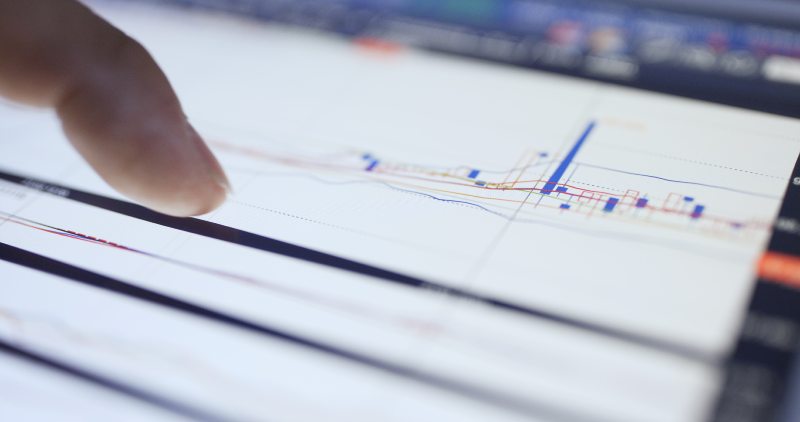 As of July 1st, 2018, the DOW Jones Industrial Average is down for the year -1.81%, meanwhile our aggressive portfolio at TD Ameritrade is up around 6.76%, which is an 8.5% outperformance in 6 months.  Our more conservative portfolios are outperforming as well, despite the fact that most bond funds are down almost 3% this year.  In our opinion, any time you can make money in a down market, it’s great. Past performance is no indicator of future performance, but we’re going to continue our process of reviewing our TD Ameritrade managed portfolios daily (Sources:  https://finance.yahoo.com/quote/%5EDJI?p=^DJI  https://finance.yahoo.com/quote/AGG?p=AGG).

For roughly the 6th month in a row, the first two to three weeks of the month were positive, and then the last week or two was negative.  As a result, we’ve been “buying low” at the beginning of the month and selling high after a few weeks. That has helped our bottom line overall so far this year.  We believe this is because the Federal Reserve is selling assets to reduce their balance sheet at the end of the month.  They bought assets after the financial crisis to help support the economy, but the time has come to remove emergency measures.

At this time, our short-term, medium-term, and long-term indicators are all green. The short-term indicator is very close to turning red, but typically, when all three indicators are green, it is a good time to be invested in stocks.  From a seasonal perspective, July is typically a good month for the market, while August, September, and October are rocky more times than not.  We do not make trading decisions based upon seasonal or monthly trends, but it is a data point we keep in the back of our minds.

The United States, for a variety of reasons, has had a trade imbalance for 42 years.  This means the U.S. was buying more foreign goods than it sold.  President Trump is engaged in a high-stakes game of chicken when it comes to tariffs with Europe, China, Japan, and Canada, to name a few, to try to balance trade.  The bottom line is that many of our trading partners unfairly increase the cost of United States products through tariffs and the administration is trying to fix it.  It is our belief that President Trump will use the tactics he’s employed with just about every other negotiation, often described in his book “The Art of the Deal.”  This often involves outlandish threats to gain negotiating power only to meet somewhere in the middle.  This usually moves the needle positively, overall.  These negotiations could lead to a solution that benefits the United States for generations to come.  It could also create a global currency or trade war that severely damages our economy.  We are cautiously optimistic that the results will benefit the United States, for two reasons.

We are cautiously optimistic about the stock market in July.  However, that may change any day.  We will let you know if there is a situation which calls for immediate attention.  If you have any questions about taxes, your investment portfolio, our 401(k) recommendation service, or anything else in general, please give our office a call at (586) 226-2100.  Please feel free to forward this commentary to a friend, family member, or co-worker.  If they would like to be added to our free commentary, please send us an e-mail at info@summitfc.net at your earliest convenience.  If you have had any changes to your income, your job, your family, your health insurance, your risk tolerance, or your overall financial situation, please give us a call so we can discuss it.

Thank you for your confidence and referrals!

“We cannot solve our problems with the same thinking that we used when we created them.” -Albert Einstein

Due to new sexual harassment guidelines, Netflix employees are being asked not to look at one another for more than five consecutive seconds. – Quartz at Work, June 15, 2018

It is estimated that one in five Americans over the age of 65 are victims of financial abuse- and the average loss is a staggering $120,300. Nearly half of older Americans surveyed reported they know someone who has been a victim of a scam. -Time, May 9, 2018

There are 37,241 McDonald’s restaurants in 120 countries but not a single one in North Korea. According to an intelligence report, Kim Jong Un may allow a “Western hamburger franchise” into Pyongyang as a gesture of goodwill. Thomas Friedman once famously observed that no two countries, that both have a McDonald’s, had gone to war with each other. -FiveThirtyEight, June 4, 2018

This year, Social Security’s costs will exceed its income for the first time since 1982, forcing the program to dip into its nearly $3 trillion trust fund to cover benefits. -The Wall Street Journal, June 5, 2018

Since 1999, the average worker contribution towards individual health-insurance premiums have risen 281% to $1,213 during a period of 47% inflation, causing more than a quarter to cut back on retirement savings, and nearly half to reduce other savings. -The Wall Street Journal, June 22, 2018

On June 19th, 1865, Union General Gordon Granger’s troops brought news to Galveston, Texas, that the Civil War was over and that slavery was abolished. The announcement came more than two years after the Emancipation Proclamation was issued.  -Juneteenth.com