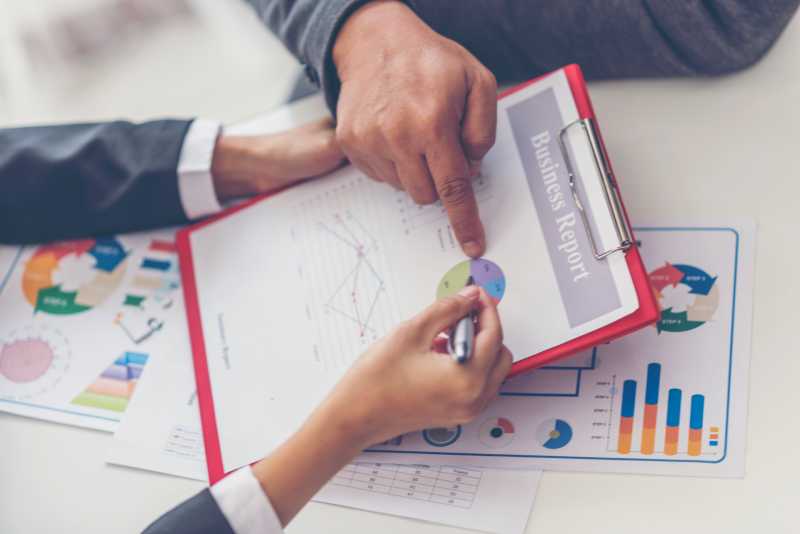 Bonds hit a rough patch and a Stock Market Rebound

The rate on the 10 Year US Treasury Bond went up quite a bit in October, and as a result, bonds struggled.  Stocks on the other hand had a decent rebound, despite economic data that was mostly disappointing.

Our main concern with October’s rebound is that it was predicated on a bad jobs report.  Once the bad jobs report came in Wall Street took that as a sign that a 2015 interest rate hike was less likely. However, the talking heads keep telling us what a robust economy we have!  Long-term, we feel that global debt to infinity may be the problem and not the solution.

We are not necessarily convinced that the recent stock market move up has legs, but we are keeping an open mind.  One disappointing data point is corporate earnings. As of 11/2/2015, 341 of the 500 companies in the S&P 500 had reported their revenue and earnings for the third quarter.  Versus last year’s numbers, revenue came in at -5.5% and earnings were reported to be -3.9% (Source:  Hedgeye.com).  To see the stock market get back to all-time highs, it would be re-assuring to see profits of these companies going up rather than down.  It could just be a slow patch that will be overcome by lower oil prices and consumer spending.  Time will tell.  Many research firms have pointed out that November until April is typically a good time to invest from a seasonality perspective.  We are digesting that within the backdrop of disappointing corporate earnings and slowing macroeconomic data around the world.  As we said in our previous month’s summary, within our TD Ameritrade portfolios we sold a good portion of our stocks on September 1st and since then we have not bought back all of our previous holdings.

The next big data point that we will consider is the jobs report on Friday, November 6, 2015.  The United States previous job reports have been negative.  The most recent jobs report in September brought the 3 month average lower than the 6 month average, which was lower than the 2015 average, which was lower than the 2014 average.  So we’re creating less and less jobs.  Big corporations have had disappointing sales and earnings so in an effort to boost their stock price there have been a lot of buyouts and consolidations combining large competitors into one company.  This is all an effort to create “synergy”, which is usually a Wall Street term for firing a large number of employees.  For instance, Kraft Heinz announced that they are firing 10% of their global workforce and closing 7 plants today (Source: http://www.usatoday.com/story/money/business/2015/11/04/kraft-heinz-closings-layoffs/75170774/).

Stock buy backs and consolidations do typically push up stock prices, which could help the market weather a slow patch.  We will continue to manage our client monies on a daily basis, and look for every opportunity to buy low and sell high.  We do not want to day trade by any means, but we do look for investments that offer a value whenever possible.  We have been frustrated with the poor stock market this year and the mixed signals that the Federal Reserve has been sending.  Because of recent bad economic data, we do not believe the Federal Reserve will increase interest rates this year, so our bond holdings have the potential to stage a late year rally.  If our research view changes, we will place the appropriate trades.  Always remember that trading at TD Ameritrade creates no buying or selling transaction cost to you our client.

Please remember that we review your TD Ameritrade holdings on a daily basis, and we will continue to do everything that we can to protect your principal in the case of what we believe to be a long term down turn.  We will also attempt to be opportunistic if our research points to a good “risk-on” or buying opportunity.  For now, we’re watching and waiting, but rest assured we have an exit strategy in hand if we need it.

INTERESTING NOTES
Jobs – Companies with fewer than 50 employees are generating more new jobs than larger companies at a rate of almost five to one. – MarketWatch, October 10, 2015

Water – The food we throw away accounts for more than 25% of fresh water consumption. – The National Institute of Health, 2010

Halloween – Americans are expected to spend $6.9 billion on Halloween costumes, candy, and decorations this year, an average of $74.34 per person. That’s more than double what consumers spent on Halloween a decade ago – The National Retail Federation, 2015

Home = ATM? – Homeowners have gained about $1 trillion in home equity collectively over the past year. On an individual basis, borrowers doing cash-out refinances are taking an average $65,000, which is comparable to what borrowers did in 2006. – CNBC, October 5, 2015

Net Worth – “Your net worth to the world is usually determined by what remains after your bad habits are subtracted from your good ones.” – Benjamin Franklin

Child Care – While the astronomical cost of college seems to garner all the media attention, it’s the cost of childcare that should be more worrying for many parents. Today, in 24 states, childcare costs more than college – MarketWatch, October 7, 2015

Bonds for Sale – Central Banks around the world are selling U.S. government bonds at the fastest pace on record, the most dramatic shift in the 12.8 trillion Treasury market since 2008 financial crises. – The Wall Street Journal, October 7, 2015