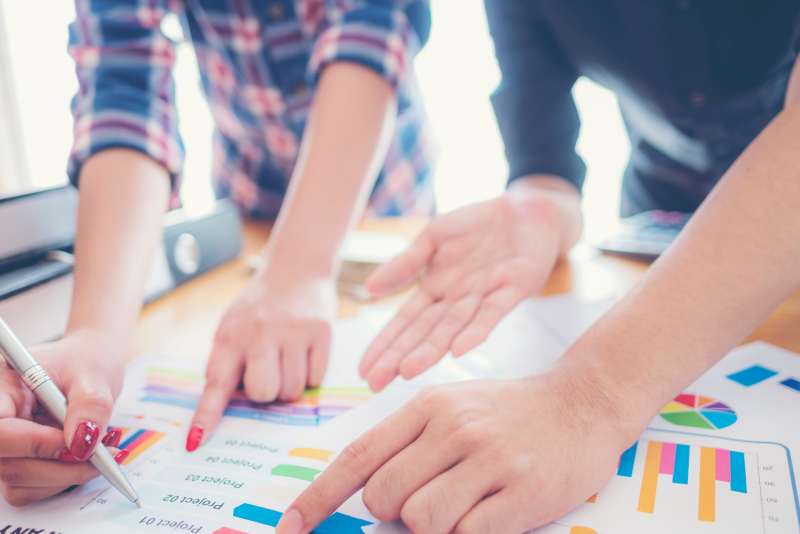 Many people watched their television screens in August of 2015 and had a panic attack as flashbacks from 2008 ran through their mind. Because the main stream media is always trying to grab the attention of viewers, every up or down move in August was sensationalized, which can contribute to market volatility. On the morning of August 24th, the Dow Jones Industrial Average was down over 1,000 points. By the end of the week, the index was actually positive 1.2% (Source: finance.yahoo.com).

In January of 2014, July of 2014, and the first two weeks of October of 2014, the market had quick down moves similar to what we have experienced in August of 2015. In the past few notes to clients we have explained that our economic indicators were yellow. At this point, our research is split. Some of the research companies that we follow have moved to bright green, recommending that we buy stocks in bulk because of the bargains available. The goal of investing is to buy low, and sell high, and they suggest now is the time to buy. Other research is recommending that we move to cash, or even bet against the stock market because of the potential for additional extreme down moves in the stock market.

What we do know is that August 2015 was a dismal month for stocks. The S&P 500, Dow Jones, and Nasdaq indexes were all down more than 6% for the month, and the AGG bond index also down 0.63% (Source: finance.yahoo.com). There were not many places to hide this month, except cash/money market.

One market event that we had been waiting for was the Jackson Hole symposium which occurred this past weekend in Jackson Hole, Wyoming. This event has been sponsored by the Federal Reserve Bank since 1981. The symposium focuses on important economic issues that face the U.S. and world economies. Participants include prominent central bankers, finance ministers and leading financial market players from around the world. The Symposium proceedings are closely followed by market participants, as remarks coming from the meeting have the potential to affect global stock, bond, and currency markets (Source: Investopedia.com). What has historically been a very dovish and market stimulating event this past weekend, unfortunately did not live up to expectations and we have seen further market losses this week. We feel it was irresponsible of Federal Reserve Chairwoman Janet Yellen to 1. Not attend the Symposium and 2. Not release a statement to help calm our currently volatile market.  She actually has not spoken publicly since mid July.

Please remember that we review your TD Ameritrade holdings on a daily basis, and we will continue to do everything that we can to protect your principal in the case of what we believe to be a long term down turn. We will also attempt to be opportunistic if our research points to a good “risk-on” or buying opportunity. Our portfolios had losses in August, but our conservative approach is exactly what you should want in uncertain times like these, especially when the S&P 500 and Dow Jones are so negative for the year. We are happy to say that we had strong gains in most of our TD Ameritrade portfolios year to date in July relative to the major indexes so even though we had some losses, we were potentially in a better situation than the major indexes going into August. If a new large scale stock market crisis is on the horizon, rest assured that our diligent approach has the potential to benefit you, especially since we can invest inverse to the stock or bond markets. Also remember that stocks can go up just as quickly as they went down, as evidenced by February and the last two weeks of October in 2014.

For now, we’re watching and waiting, but rest assured we have an exit strategy in hand if we need it.

Constant Communication in Good Times and Bad – “A tree is best measured when down, and so it is with people.”. – Carl Sandberg

Rough August – “Everyone has a plan until they get punched in the face.” – Mike Tyson

Illegal Immigrants – About 690,000 of the estimated 11 million undocumented immigrants in the U.S. – or about 6.3% – have been convicted of a felony or serious misdemeanor. – Migration Policy Institute

Lottery – In the 43 states that sponsor a lottery, Americans spent $70 billion playing lottery games in 2014, or more than $300 per adult. That’s more than we spent in all 50 states on sports tickets, books, video games, movie tickets, and recorded music combined. – The Atlantic, May 11, 2015