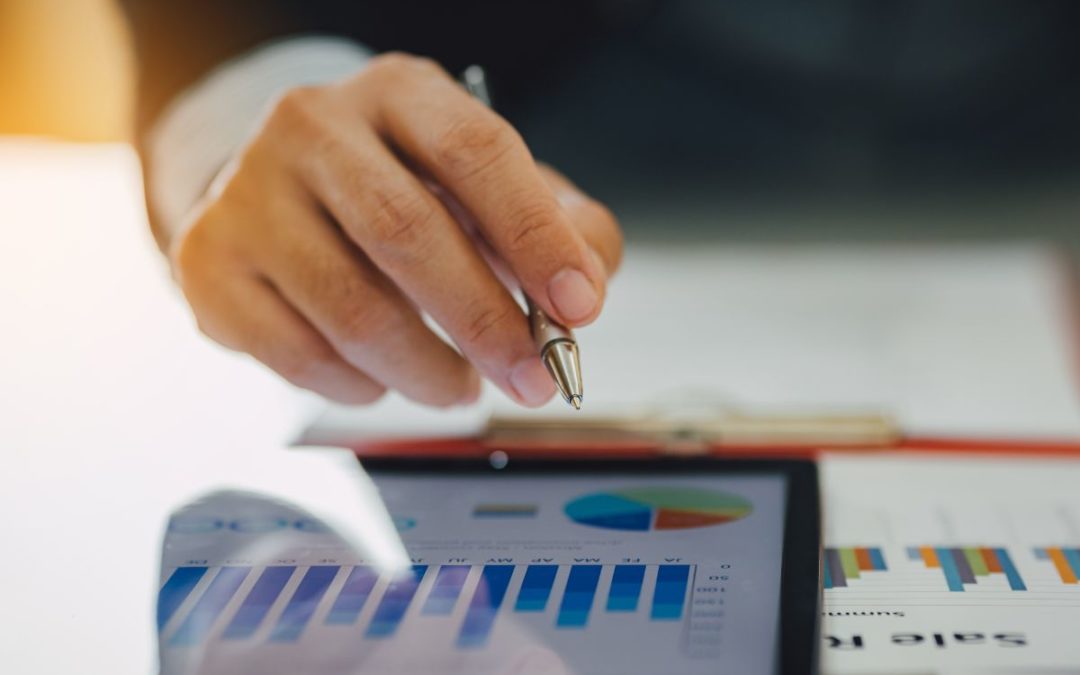 US stocks fell last month, with the major averages logging steep declines for the month of June, the second quarter, and the first half of 2022 as concerns over heightened inflation and the prospects of a recession weighed heavily on risk assets. The S&P 500 fell by 0.9% on Thursday to reach 3,785.38, ending the first half of 2022 lower by 20.6% for its worst start to a year since 1970. The Dow ended Thursday’s session at 30,775.43, dropping 15.3% for the year-to-date for its worst first half since 1962. And the Nasdaq’s 29.5% drop so far in 2022 marked its worst first half on record. The risk-off mood in equities extended to other asset classes, including oil. West Texas Intermediate crude futures fell back to just over $105 per barrel and closed out its first monthly decline since November 2021. Bitcoin prices sank below $19,000. Equities have been hit hard for months now as investors have weighed persistently hot inflation against risks of an economic downturn. The Federal Reserve responds to inflation with faster tightening (Source: https://finance.yahoo.com/news/stock-market-news-live-updates-june-30-22-115133813.html).

If you’ve been to the grocery store or pumped gas recently, you probably feel that we’re in a recession. It was reported by CNBC that inflation rose at the highest rate since December of 1981 in May of this year, with the CPI clocking in at 8.6% over the past 12 months. Economists were surprised by this report, as inflation had been high but mildly declining month to month before this report.

The good news may be that the worst may be over if we are in a recession. So even though past performance cannot predict future performance, after the market has already dropped, it might be a good time to invest or to stay invested.

The Great Recession was formally documented in December of 2008. A rally began on March 6th, 2009. However, the recession did not end technically until June of 2009, three months later. That low in March started a 10-year bull market rally. After Covid, the recession officially ended in July of 2021, but that was 15 months after the start, and someone who waited for that formal declaration would have missed a 50% gain in the stock market from the lows in April of 2020 to July of 2021.

They say that bull markets take you to heights you’d ever imagine, but bear markets take you to levels you never thought you would see again. Earlier this month, the Value Line Geometric Index, a measure of the median stock in the United States, got down to levels seen in 2015, creating seven years of no progress on that index. The S&P 500 and Russell 2000 touched levels in 2020. Most shocking, the bond index fund AGG’s price is lower now than in 2003, so almost 19 years of price growth have been wiped out.

As you know, we have many tools in our toolbox, including the ability to purchase investments that profit when the stock market goes down. Because the current environment is extremely challenging with large ups and downs, we initiated a change recently from previous months this year:  We decided to add an inverse fund in June.

We invested in and eventually sold a fund that performs the opposite of the Nasdaq 100, so we effectively bet against some stocks with a portion of our portfolio and made money. Hindsight is always 20/20, though, and we wish we would have bought more of it. The market typically has drops and then rebounds, and there’s a chance after we believe the next rebound has peaked, we’ll add the inverse position again to potentially profit from a drop if it occurs.

Our ultimate goal is to make money, so we’re using what we believe to be all the appropriate tools in our toolbox to accomplish that goal potentially. This is why we manage our active portfolios daily.

Anything is possible in the short term, but we believe that by year-end, stocks will rebound for many reasons, including low unemployment, the Coronavirus fueled shutdowns and restrictions being reduced worldwide (currently, there are lockdowns in parts of China), inflation will peak and then drop providing lower prices, consistent housing market prices despite high-interest rates, and consumer spending from Millennials. They have hit their peak spending years.

We are Here to Help

We would love to meet with you to discuss investments, retirement planning, college planning for kids and grandkids, tax preparation, health insurance, including Medicare supplemental and prescription drug plans, and various other financial planning topics. Please contact our office at (586) 226-2100 to schedule a meeting today!

Please contact us immediately if you’ve had any changes to your income, job status, marital status, 401K options, address, or any other financial changes.

We hope you and your family have an excellent, safe, and healthy start to the summer!

Set Up A Time to Chat