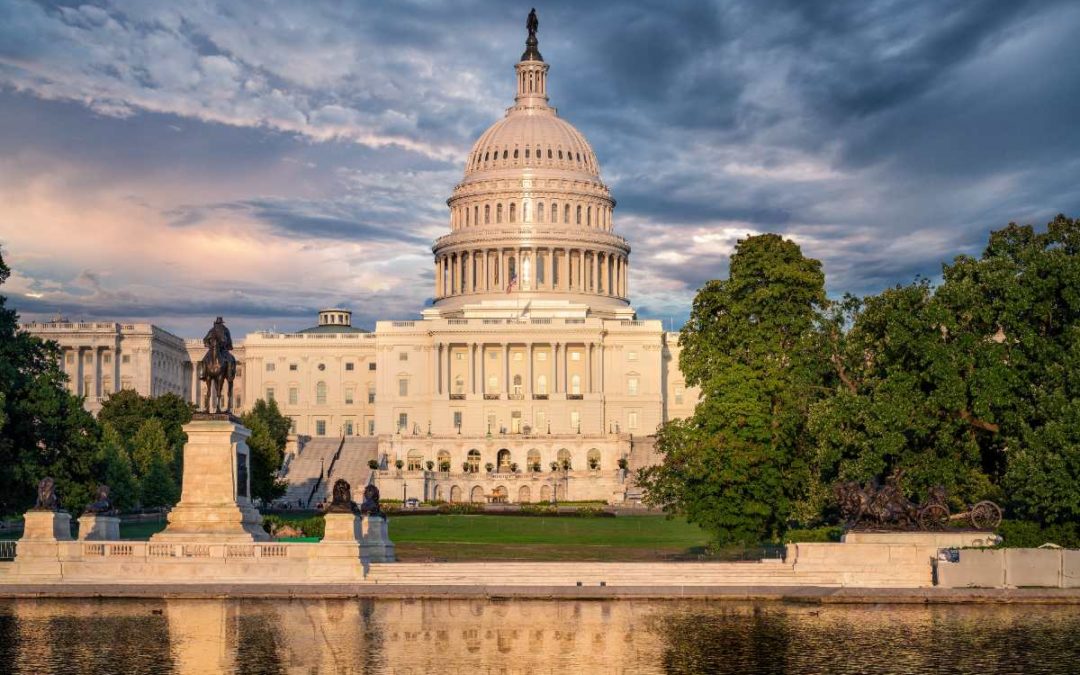 The infrastructure bill, which President Biden signed into law Monday, is being called a “once-in-a-generation” spending measure. So, what’s inside this bill, and what will it cost? Infrastructure is often referred to as the foundation of our country. It includes things such as roads and highways, communication networks, and utility systems.

These items allow our country to operate on a day-to-day basis. The bill intends to invest in these areas to make our country more efficient and increase production capacity.

Key Measures of the Infrastructure Bill

President Biden previously announced the American Jobs Plan in March of 2021, but it was never signed into action. The current Infrastructure package targets many of the same concerns but has been revised by Congress and has officially received bipartisan support. 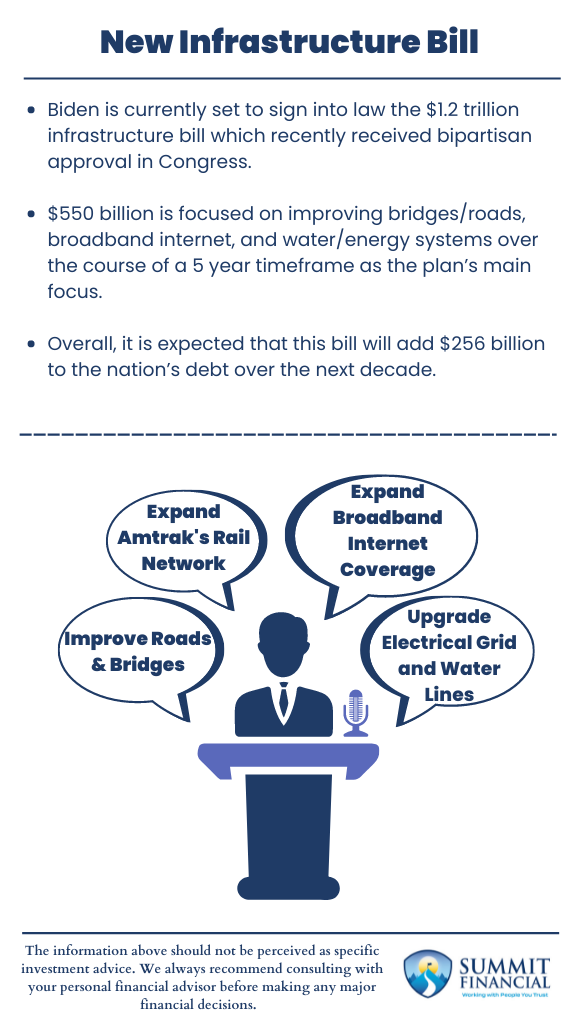 What’s in the Infrastructure Bill?

About $110 billion of the package is intended to improve the quality of the nation’s roads and bridges. About $39 billion is set aside to upgrade public transportation, including bus and train fleets. Another $66 billion is allocated to help fund Amtrak’s upcoming projects to expand the rail network across the country. $65 billion is being invested into broadband internet to bring high-speed internet to more Americans nationwide. $17 billion will be used to enhance water ports and $25 billion to improve airports. $15 billion is focused on electric vehicles, with half going to improvements to public transit and the other half going towards funding the nation’s electric vehicle charger network. $65 billion is being invested in rebuilding the electrical grid and $55 billion on upgrading water lines to prevent lead exposure and provide clean drinking water. Another $50 billion would be spent to make these systems better equipped to handle various issues, including weather and cyberattacks.

How is the Infrastructure Bill Funded?

The majority of this plan funding will be from the reorganization of the current budget, primarily from the current COVID-19 support. Rearranging the budget will allow the government to find the monies needed to pay for these services. However, the entire bill is not covered by this solution, and they are not proposing any raises to taxes. This means an estimated $256 billion will be added to the nation’s debt over the next decade as these projects receive funding approval.

In addition, this bill was short of the American Jobs Act proposed earlier this spring, so we could see another bill in the future during President Biden’s current term. Congress has avoided raising taxes this time so that tax law changes may accompany any future statements.

If you have any questions about taxes, your individual investment portfolio, our 401(k)-recommendation service, or anything else in general, please give our office a call at (586) 226-2100. Please feel free to forward this commentary to a friend, family member, or co-worker.

If you have had any changes to your income, job, family, health insurance, risk tolerance, or overall financial situation, don’t hesitate to contact the team at Summit Financial.

We hope you learned something today. If you have any feedback or suggestions, we would love to hear them.

Schedule a Time to Chat